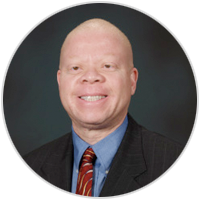 John K. Southall, PhD is the Director of Bands and Coordinator of Music Education at Indian River State College (Fort Pierce, FL). He is currently the President of the Florida Music Education Association and the Chairman of the board for the Center for Fine Arts Education. He is also music director of the Port St. Lucie Community Band. Dr. Southall is a Florida certified K-12 Music educator and has also received certification in ESOL, Clinical Education and Students with Disabilities by the Florida Department of Education.

Dr. Southall received his Ph.D. and Masters Degrees in Music Education from The Florida State University. He received his Bachelor’s degree in Music Education from Florida Agricultural & Mechanical University. He has served on the faculties of The University of Missouri-St. Louis, Nova Southeastern University, and Broward Community College. He has served as the Music Curriculum Specialist, K-12, for the Broward County school district in Florida. He has also served as Director of Bands at Western, Piper, and Ely High Schools in Broward County. Has also served as the Community Endowed Teaching Chair in Fine Arts at IRSC and as a Courtesy Associate Professor of Music Education/Therapy at the Florida State University. 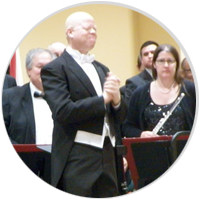 Dr. Southall has been an active conductor, clinician, adjudicator and presenter for over twenty years. Under his direction, the Indian River State College Wind Ensemble, Symphonic band and Jazz Ensembles have continually presented musically inspiring and emotionally driven performances for audiences on the Treasure Coast. The community outreach of the instrumental music program has served as an inspirational source of goodwill for the college. He has presented clinic sessions for the Florida Music Educators Association, The National Association for Music Education, the Florida Bandmasters Association, the Broward Music Educators Association, the Affective Response Special Research Interest Group (MENC), and for numerous school districts in Florida, and Missouri. He has conducted numerous Honor Bands in the Southeast United States including the FBA All State HS Honors Band. He has served as an adjudicator for the Florida Bandmasters Association’s state Concert Band Music Performance Assessment. He has served as a concert and Jazz ensemble adjudicator in the Southeastern United States. He has conducted band clinics in secondary schools across Florida. He has served as a marching and S&E adjudicator in Florida. Dr. Southall has served as the conductor and director of the Florida State University Summer Music Camps Honors Chamber Winds program. He has served as the assistant conductor of the Youth Symphony of Florida (Ft. Lauderdale). Dr. Southall’s Western High School bands received consistent Superior ratings at the FBA Concert, Marching and Jazz Ensemble Music Performance assessments at the district and state levels. He has arranged marching band music for high school bands for over 15 years. He has also served as a mentor to many aspiring music educators. 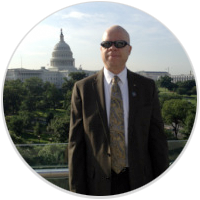 A Man With A Musical Mission

ASBDA Clinic on Music Education and the Decade Ahead

Past President of the Florida Music Educators’ Association